Our boys participate in the local Cub Scout program.  Chip was a scout growing up and is involved with all three of their dens.  This year Vash was the only Tiger Scout so he and Chip did the whole thing together.  Vash attended Jesse’s Wolf Scout meetings so he could take part in the overall Pack activities. 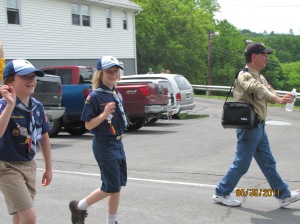 Next we were off to the Copake Park Community Center for the Cub Scout Moving Up Ceremony.  This is where the boys received their awards and badges they earned during the year . . . 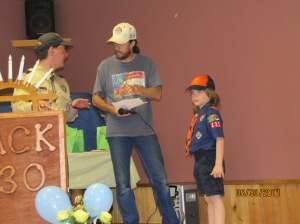 And “crossed over the bridge” to their new rank.

Jesse went from being a Wolf Scout to a Bear Scout.

And Markus went from being a Bear Scout to a Webelo. 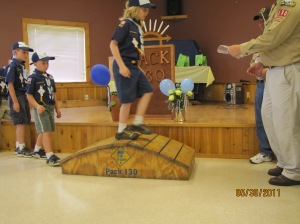 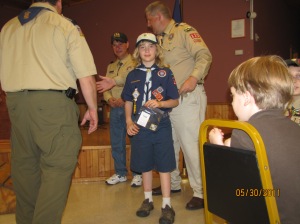 It was a nice ceremony followed by hot dogs, chip, salads, fruit and a red, white and blue cake.  It was really a nice day and the boys were happy to hand off their old hats to their younger brothers.  (Julian – a Webelo – handed his hat and bandana to Markus).

Finally, there are times that I get a picture of one of my boys that just takes my breath away – and today I got one of those of Markus – so I have to share it. 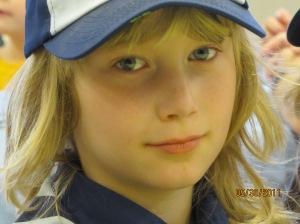 If Disney Channel ever discovers him he will be a heartthrob.  I think he is just a beautiful child.

I am a Mother, a daughter, a sister, a wife, an attorney, a crafter and the granddaughter of an amazing woman - my Polish Grandmother. My Grandmother gave me so much, through her love and her patience, her sayings and her time teaching me how to craft and to give to others, that it seemed fitting to share some of that wisdom, to tell some of her story, and to chat about life and crafts in a way that would be a testament to what she gave me.
View all posts by Shelly R. →
This entry was posted in Family, holidays and tagged cub scouts, Family, holidays, kids. Bookmark the permalink.